The Winemakers’ Collection is a high-concept winemaking project that each year matches the terroir of Château d’Arsac with a high-profile winemaker of international renown. Starting with the 2005 vintage, the estate’s owner, Philippe Raoux, has each year invited a star winemaker to select specific vines on the estate, then to oversee their growth, harvest, vinification and aging.

The idea, according to Château d’Arsac, is that from “the hillsides of Bordeaux to the valleys of California, great wines are made by the same great winemakers.” French star winemaking consultant Michel Rolland was the first winemaker involved with the project, and Robert M. Parker Jr. called the 2005 “sensational wine.” Since 2005 participating winemakers have included the luminaries Andrei Franchetti of Tuscany and Sicily, Stéphane Derenoncourt of Bordeaux, Zelma Long of Napa Valley, and Ntsiki Biyela of South Africa. Each vintage features a label with the image of the winemaker and his or her name.

酒評:
"87% Cabernet Sauvignon, 2% Cabernet Franc, 11% Merlot. Several suggestions as to who the black and white photograph of Franchetti on the label most resembles : Austin Powers was one popular suggestion. Gentle and sweet. Acidity a bit obvious. But one of the gentler Médoc 2007s. Easy. Frank. Clean. With some energy. Drink soon! Very brave to go so light… Very different from the mainstream and, I’m told, achieved by dint of very strict pruning, but the bottle is far too heavy." 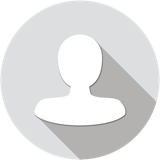